Isle of Wight to Isle of Lewis (by Mike Coleran)

This fourteen day ride was the result of a casual joke I had in 1975 with a colleague who came from Stornoway on the Isle of Lewis. It may have taken me thirty seven years to actually do the ride - but it was well worth waiting for! Here is a very brief summary. If you want to read more it is all on my blog which I updated daily whilst on the ride.

I set off from Sandown on the Isle of Wight on 11th September 2012, heading north for a fourteen day ride to Stornoway. With a total mileage of 951 miles, averaging 68 miles a day, I passed through some beautiful countryside and met some interesting people. The New Forest, Cotswolds, Forest of Dean, and the Welsh Marches were passed through in the first half of the ride in glorious weather - it was actually hot in the Cotswolds! Of course, as I got further north things cooled down, and I got my first soaking of the trip during the couple of hours riding from Southport to Garstang.

After a night at home it was northward bound through the Lakes via Kirkstone Pass and up into Scotland via Gretna. The flat lands of the Solway coast gave way to the rolling hills of Ayrshire where I got my second drenching. A full day of heavy rain, from start to finish sapped the energy and tested the moral but, after crossing over to Arran and riding through foot deep flooded roads, I was drying out in the warmth of Lochranza Youth Hostel. From there the weather improved drastically. Cool, but with clear blue skies, I rode up to Oban on the longest day of the trip at 94 miles. The weather and the scenery were fabulous.

The five hour crossing on the ferry from Oban to South Uist was bliss! Sea like a millpond and views of the inner Hebrides made for a stunning journey. From South Uist all the way up through the Western Isles to Stornoway was a revelation to me. The Uists and Benbecula are flat and windswept, with not a tree to be seen, but it was an interesting landscape, and I was lucky to have a strong tailwind to speed me along. After the late afternoon ferry crossing to Harris, I stayed at an amazing hostel, Am Bothan at Leverburgh. A very rustic and characterful hostel with fantastic views, I actually had the place to myself.

The following day was also the final day to Stornoway. The wind that had assisted me the previous day had completely turned around and was blasting from the north-east, just the direction that I was heading! It was just less than sixty miles but it seemed never ending. I didn't check my average speed that day but I wouldn't be surprised if it was below 10mph! The views in Harris were some of the best I have seen anywhere.

After just one night in Stornoway I had to get to Inverness for the train home. There was a warning that the 7am ferry may be cancelled because of the weather so I turned up at the ferry terminal at 6-30am with fingers crossed, the wind was still very strong. Luckily the ferry did run, but what a crossing! Pitched and tossed about, The Minch was living up to its reputation as being one of the roughest sea passages in Britain. All other sailings that day were cancelled. On arrival in Ullapool after three hours of white knuckle sailing I had a sixty mile ride ahead of me to Inverness. It was a busy A road and the rain had started. Combined with the wind it would have made for a very unpleasant and possibly dangerous ride so, swallowing my pride I asked the driver of the bus going to Inverness if he would take me and my bike. The answer was no! Only folding or wrapped bikes allowed. Dejected, I saddled up ready to take my chances on the road. A lorry driver from Stornoway who I had briefly talked to on the ferry saw my predicament and took pity on me. After throwing my bike in the back of his truck the miles soon flew by to Inverness, dry and safe. He wasn't originally going to Inverness, having to make a thirty mile detour to take me. He actually dropped me off a mile or so outside the town as he had to turn around. That just left a mile to ride, including the Kessock Suspension Bridge. Luckily there is a cycle track over the bridge but, because of the gale force side wind coming stright off the Moray Forth it was impossible to ride the bike. I walked over pushing the bike and even then had difficulty standing up straight. 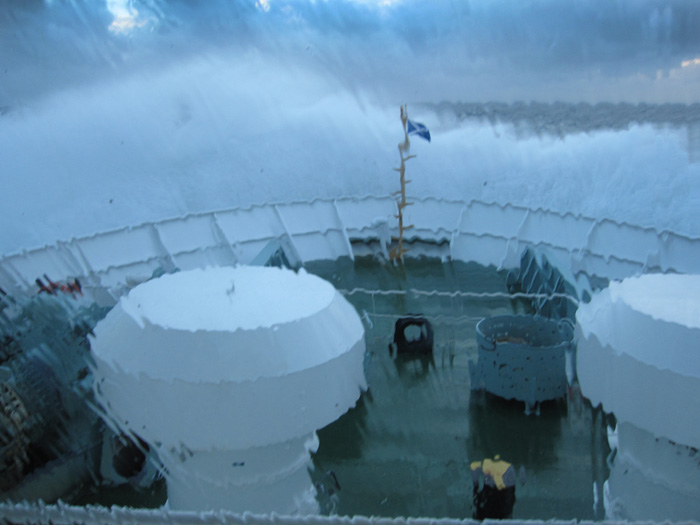 So, looking back, it has been a truly fantastic trip, the longest solo ride I have done, and my longest in the UK. I've met with friendliness and kindness from people along the way, especially in the northern counties and Scotland. All the way I wore a tee shirt with the words Isle of Wight to Isle of Lewis for the British Heart Foundation on the back which led to many conversations with total strangers, lots of whom kindly donated money. I collected £70 on the trip.

Bike wise, I had no mechanical problems at all on my Dawes Ultra Galaxy. No punctures - I had fitted new Shwalbe Marathon Plus tyres before setting off. With panniers the whole setup probably weighed in at over 25kg which made average speeds quite low at around 12 - 13 mph. I don't know how many feet of ascent were involved but it was quite a lot. However, starting and finishing at sea level there were as many descents as there were climbs! For navigation I used the trusty old Phillips Navigator Trucker's Britain Atlas, cut up into the relevant sections. At 1:1000,000 it is detailed enough for this type of ride, showing even the most minor roads which I used most of the way. In 951 miles I only took one wrong turning, that was coming out of Shrewsbury and was due to a temporary lack of concentration.

I took half a dozen energy gels with me, just in case. I brought four of them back with me. I found I was never too far from a cafe or a shop to top up the fuel tank with tea and cakes, mars bars, jelly babies, pies, bacon butties, and the occasional pint. The two gels that I did use were on the wet day to Arran, more for a psychological boost than anything else!

I set quite a modest target of £500 to raise for the British Heart Foundation. That figure was soon surpassed and is now around £1800 with more still to come in. Many thanks to everyone who has donated.

I would certainly recommend this ride to anyone looking for a long distance ride in the UK. It's a great alternative to the usual Land's End to John o'Groats ride and about the same distance. If you would like to know the route in more detail don't hesitate to contact me.

As I mentioned earlier lots more info about the ride along with photos is on my blog at
sandowntostornoway.blogspot.co.uk